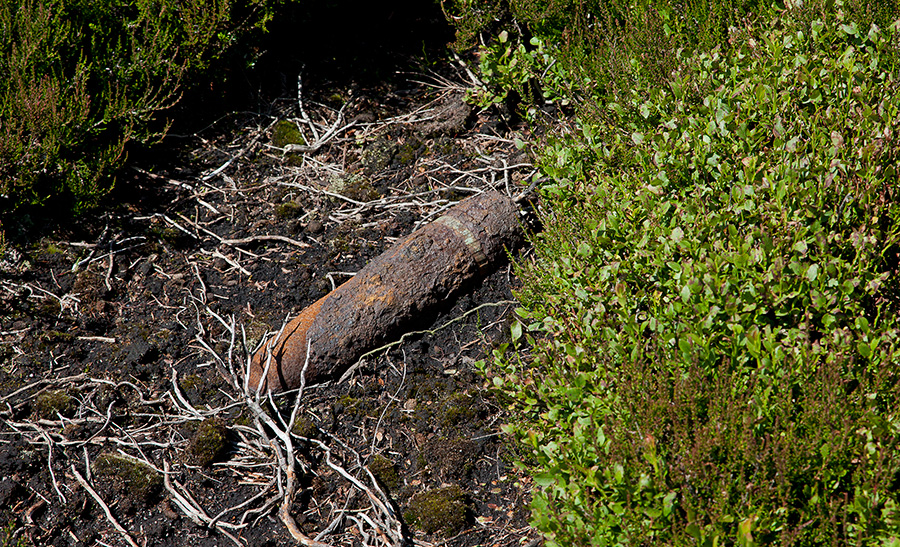 The War & Peat Conference from the 4th to 6th September 2013 sees how the peatlands shaped conflicts and how conflicts shaped the heritage and ecology of moors, bogs, heaths and fens. This will be held at the Sheffield Showroom & Workstation,

Tickets and programme are still available.

Wetlands have played an important role in military history but Ian Rotherham looks at their more healing harvest.

Wetlands, especially peat bogs, fens and moors were of huge significance to military campaigns. In the landscape, these treacherous areas of neither firm ground nor navigable water were a serious problem for soldiers or warriors, most of who could not swim anyway. Furthermore, slip into a fen or bog when wearing armour and you sink slowly to a very unpleasant death. 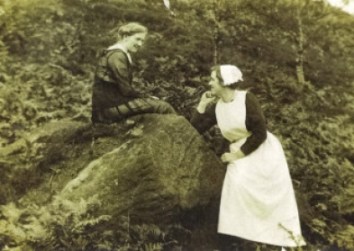 This aspect of wetlands in the landscape was used to great effect by the Scots against the English at the battles of Stirling Bridge and of Bannockburn. The Saxon troops of Hereward the Wake, holding out on the Isle of Ely in Cambridgeshire, drove the Norman invaders off the fragile causeways by firing the reeds. The Normans in their chainmail sank deep into the quagmire.

For several years, in the post-war energy crisis they supplied peat fuel to factories as far away as Sheffield and Leeds.

However, the once widespread peat bogs and moors of Yorkshire also helped a remarkable national and international effort to save the wounded in two world wars. As a part of the research building up to a big event in September, we made a remarkable discovery.

Something found by me and Thelma Griffiths of the National Trust at Longshaw resonated with an interview with locals at Holme Moss who had spoken of people collecting sphagnum or bog moss for the war effort in 1940s. We were told of a hitherto forgotten way in which people across Yorkshire went out to collect a healing harvest from peat bogs and mires across the county.

Sphagnum moss, today associated with hanging baskets, has remarkable properties to hold liquid and to cure or stop infection. In a medical era before antibiotics the combination of the power to mop up copious quantities of blood and staunch open wounds, along with its healing powers, made sphagnum invaluable for helping the terrible injuries of war.

The story relates to landscape change across the county, since at the time, peat bogs and wetlands were more widespread across England, and especially prevalent and important in Yorkshire. Therefore, the call went out to communities and people across the county to go to the bogs and harvest the sphagnum. This was then carefully processed and shipped out to the front or to hospitals where the injured were being treated. Our research has found that some people still remember how this was done, if not themselves directly, then from parents or even grandparents.

At Longshaw in the Peak District, we have found a family whose relative, a nurse, helped gather moss for the sick.

Thelma met the family at a National Trust event and they told the story of their grandmother Doris Emma Elliott, who was born in Stannington in 1898, and worked at Longshaw as a VAD (Volunteer) nurse in 1918 when she was 20 years old.

Her granddaughter, Beverley Hardy, recounted how, when she used to go for walks with her grandmother, she would talk about collecting sphagnum moss at Longshaw for use in dressings. This is exactly the kind of information for which we are now searching.

Amazingly, the family even had a photograph of Doris as a serving nurse. Interestingly too, until Beverley attended a National Trust talk by Thelma, they had only half-believed grandma’s tales of roaming the moors in search of moss.

However, further north in the Pennines, at Holme Moss, we have older people who still recall collecting sphagnum during the Second World War.

A pattern is emerging, and it is now clear that this was no cottage industry but a major undertaking and in places an industrial operation.

Huge efforts went into collecting, sorting, processing and packaging the healing harvest, and this was across Britain, from North America, and in Europe itself.

Magazines and newspapers carried stories and calls for action from volunteers. The Northern Rambler, June 1942, for example stated:

‘FOR MOORLAND WALKERS. Sphagnum moss is wanted for surgical dressings. There is an urgent demand for this. It is only necessary to squeeze out the surplus moisture before packing. Supplies should be sent to EV Benett-Stanford, Pythouse Hospital Supplies and Comforts Depot, Tisbury. Postage will be refunded.’

With next year’s anniversary of the start of the First World War, there is a major conference and event at Sheffield Hallam University, called fittingly, ‘War & Peat’, from September 4-6. (Involving not only researchers and academics, but ordinary local people too, this addresses impacts of conflicts on peatlands and their usage and products.

The subjects range from battlefields and strategic impacts of peatlands and wetlands in conflicts, harvesting sphagnum moss, peat as horse litter, and as fuel, use for military training, and the battles for access, for conservation and more.

Along with recollections, we also have photographs of people involved as the basis of an exhibition at September’s Conference.

Get in touch with memories

People across Yorkshire may still remember the sphagnum harvests or maybe their parents or grandparents were involved.

Organisers need to hear from you to record and celebrate this remarkable tale of the healing harvest of the peat bogs.

Photographs or other memorabilia would be hugely interesting to historians.