On the trail of Britain’s WWII ‘explosive’ beauty spots

Our own Milo Milinkovic spoke to David McKenna from the BBC 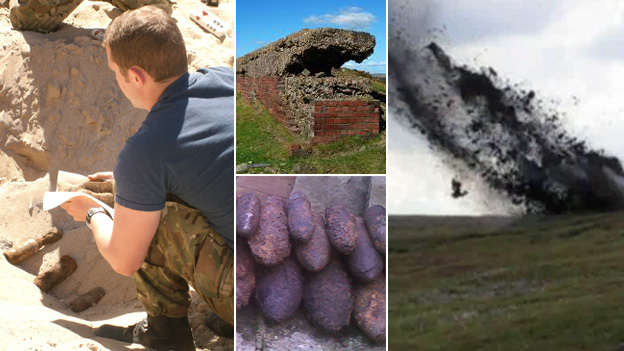 Langsett at War on the BBC

“They’ve been there 70 years plus, so they’ve eroded – markings can’t be seen and fuse cases are corroded. You can’t see anything that will guarantee it’s safe.”

“The shells could make a room sized crater, so as far as an individual is concerned if you activated it, it’s going to kill you and anyone near you.”

As well as helping make the area safe, Mr Milinkovic is part of a team working to unearth the little-known wartime history of the area.

Langsett, he said, was a “totally different place” during the war.”There were soldiers billeted to protect the dams, and there were an awful lot of troops stationed here.

The dams were defended by searchlights, guns, and things called catenary defences – which were basically a metal curtain to stop planes being able to run in and bomb them.

At the same time we were training our own tank regiments, and Canadian, American, Polish, French troops for what ultimately became the D-Day landings.”