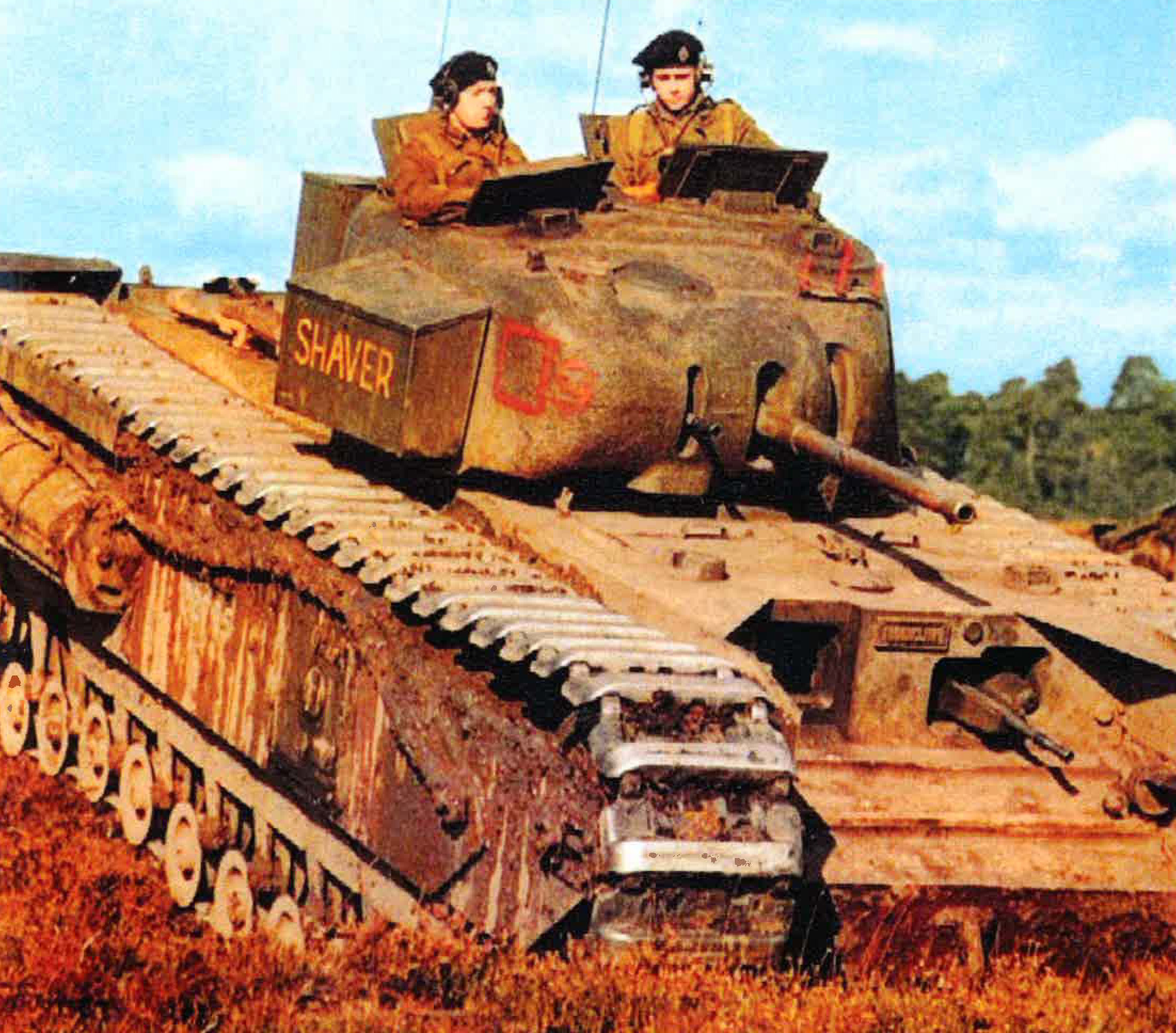 Reg Spittal served as a tank crewman with the 2nd Northants Yeomanry . Reg arrived at Langsett in July 1943 on board a Centaur tank which was an unreliable beast.

In September he was back in Midhope to shoot and train in an early Cromwell tank. He returned for a third time in the new year of 1944 in preparation for the D-Day landings.

Reg Spittal’s Northants Yeomanry were deployed on the front line in Normandy. Due to the high casualties they suffered in the first two months of the campaign, the battered survivors of the Yeomanry had to be withdrawn back to Britain.

Jack Atkinson served as a tank crewman with the 15/19th Royal Hussars. He trained at Midhope.

In 1942 he surprised his mother when he pulled up in his Covenanter Cruiser tank for tea and biscuits with the rest of his crew at her home in Wakefield. He had disembarked at Wakefield Westgate whilst on route to the firing ranges at Midhope.

His son painted the stunning picture above that captured this moment.

In 1944 as part of the 11th Armoured Division, the 15/19th Royal Hussars found themselves on the front line in Normandy replacing Reg Spittal’s battered 2nd Northants Yeomary. It is not known whether they ever met as Jack was posted to Italy. 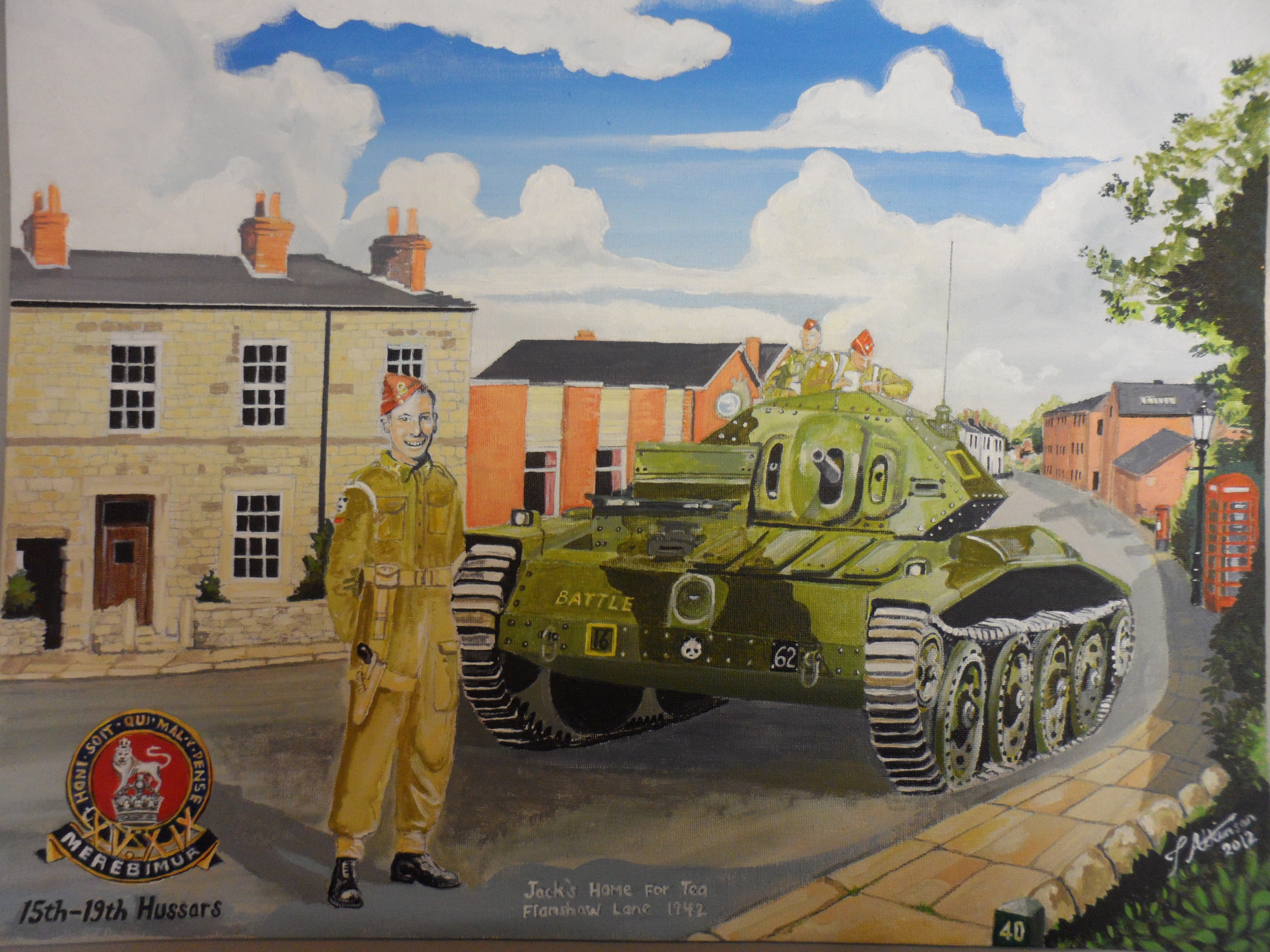 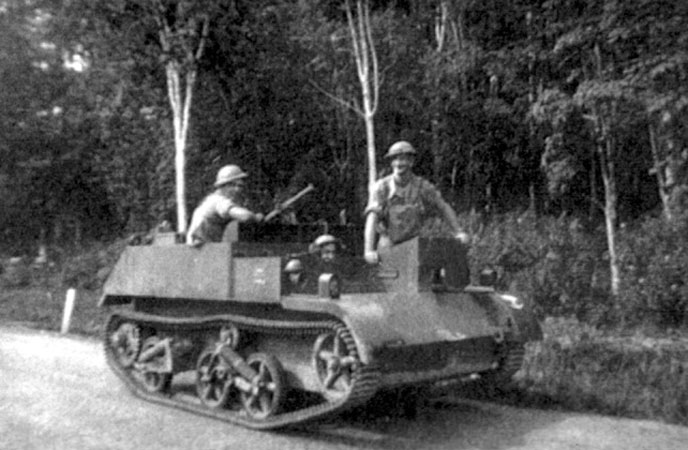 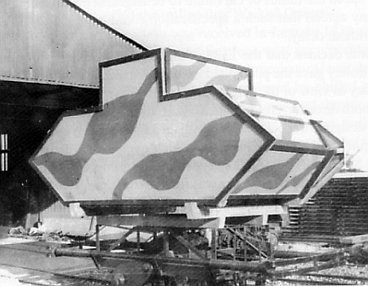 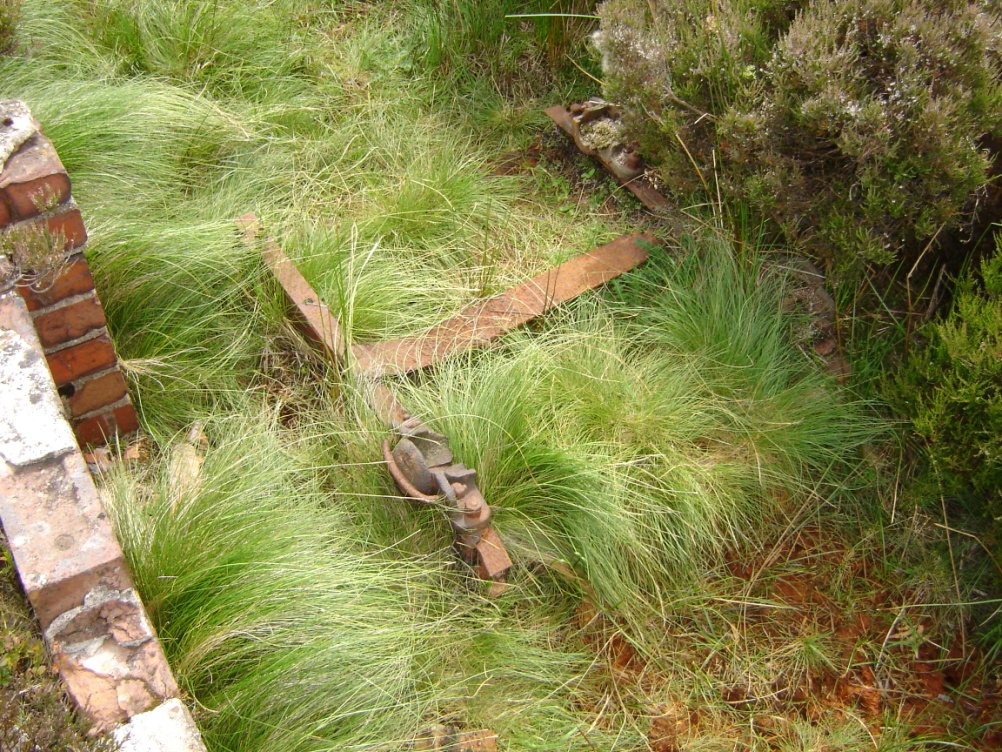 Derelict trolley on site at Midhope