Alice and the Bomb 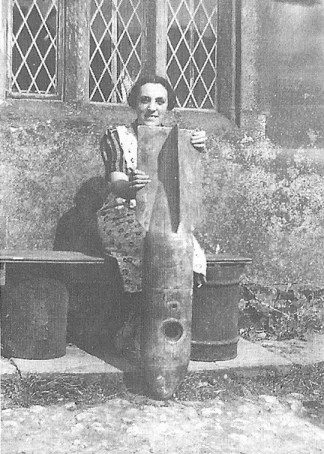 Manor Farm had experienced many unexpected happenings since its history began in 1671 and this was to be no exception.

It was 1940, 11 o’clock at night, quite dark and everyone was in bed. Suddenly, there was a loud hammering on the door. Father and Frank got up to see what all the commotion was about. This kind of thing was totally strange as we lived on the edge of the moor. When they unfastened the door they faced a sorry sight. Bedraggled soldiers in an obviously distressed state were standing there hoping for some kind of help. We found out that these men had been evacuated from Cherbourg, at the time of Dunkirk.

They had no food, no blankets, no tents, no medical facilities and owned just what they stood up in so we offered them accommodation in the house and the outbuildings, Frank and Father making pillows from straw and sacks. There was little other accommodation as the neighbouring place, Townhead Farm, had been taken over and boarded up by the waterworks, due to sewage contamination. This was a minor inconvenience and was quickly overcome, the officers using it for their quarters and part of it becoming the cookhouse eventually.

Mother and I, now downstairs, set to cooking bacon and eggs. We had an egg round in Stockport, fortunately, which was of some help.

It’s quite easy to forget, but in those days we were quite dependant on self­ help, particularly living where we did. The soldiers had no medical facilities so Mother took over the first aid soon becoming overwhelmed by their injuries. When a soldier had an accident with a rifle sustaining a bullet wound, Mother decided that enough was enough. After all, she said, this wasn’t the “Wild West”!

We found out these men were from the Royal Engineers and they remained on the moor for about eighteen months working on target maintenance.

Grandma moved from her house in Marsden Square to live with us and the soldiers used to have tea with her as she sewed buttons on their uniform.

They were amused by the chiming clock which took over the proceedings every quarter of an hour. Eventually, the men were provided with tents and a NAAFI was installed.

When summer came, Major Dickinson, their CO, lent us two soldiers, previously farmers, to help on the land. We have kept contact with them and their families ever since and we visit each other for holidays and so on.

In the latter part of the war, Churchill tanks arrived at the battle school. Father talked to the brigadier, warning him about the moorland bogs on the range. However, the brigadier chose to believe that the Churchill tank could tackle anything – until it had to be towed out! 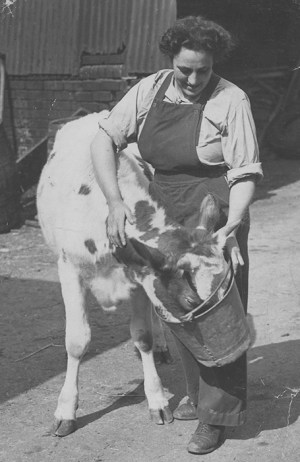 Like most people in those days, we were asked to take in refugees and a lady arrived with a baby in her arms. We put her in the spare bedroom but after London life this was too much for her, or too little. ”Too far from Woolworths,” she said before she left.

The wife of one of our soldier-helpers used to visit from Grimsby. We invited her to stay with us as she was pregnant and we didn’t consider it right that she had to travel back to Grimsby. So she had her baby here and stayed for some time afterwards.

On one occasion, thirteen Bren-carriers came up the lane in the snow and couldn’t turn round. This was “Dads’ Army” at its best.

A detachment of the Warwickshire Regiment arrived to guard the reservoirs and from where we lived we had to have a pass to visit Langsett and beyond. We also had to obtain a pass to go past Doubting Lane where the American Army stored great quantities of bombs out in the open. There were a few amusing incidents with the guards. Once, in the total darkness, a bus conductress friend who was visiting us was startled by a “Halt, Who goes there?” She was provoked into swearing at him in no uncertain terms.

After the war, Frank and I arranged an “Around the World” trip, our first stop being Canada. One of our soldier friends got wind of this and invited us to stop off and stay with him and his family. We had a lovely time. Our life and his had come full circle.